Vital emergency aid in the event of a disaster

Fast and uncomplicated emergency aid after all crises in Sierra Leone since the foundation of the association: After the outbreak of the Ebola epidemic (2014), the landslide near Freetown (2017) and the fire in Kroo Bay (2019).

2019: Emergency aid after the devastating fire in Kroo Bay

A fire that broke out on March 4, 2019 devastated the community in Kroo Bay on the Freetown coast. In this area, around 81,000 m2 are occupied by unofficial settlements that are growing daily. The estimated population (2019) is 13,000 people and 2,622 households, more than 95% of whom live below the poverty line. The fire was triggered by a burning spiral of anti-mosquitoes that fell on a table. Since the slum has no transport links and the water level was very low, the fire could not be extinguished. According to the Office of National Security, 1,283 people (385 households) are directly affected, 70% of them women and children.

After the catastrophe, the construction of temporary shelters had the highest priority for those affected to protect their families. The government had provided only a few blankets and food. On request of the mayor, Für Sierra Leone e.V. supported affected on a joint project with Welthungerhilfe with € 10,000 to provide mattresses, blankets, corrugated cardboard and other materials so that the families could get immediate protection. After inspecting the affected community by humanitarian organizations such as UNICEF, Oxfam, Welthungerhilfe, CRS, ICRC, and Save the Children, the Office of National Security coordinated all further aid measures. 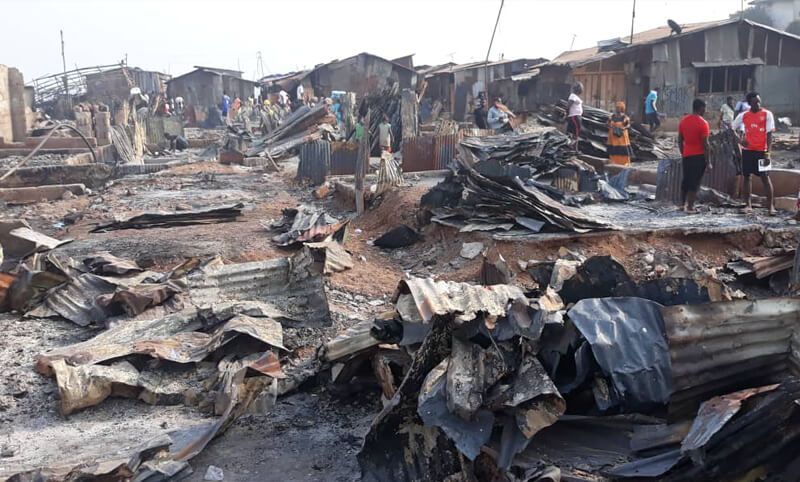 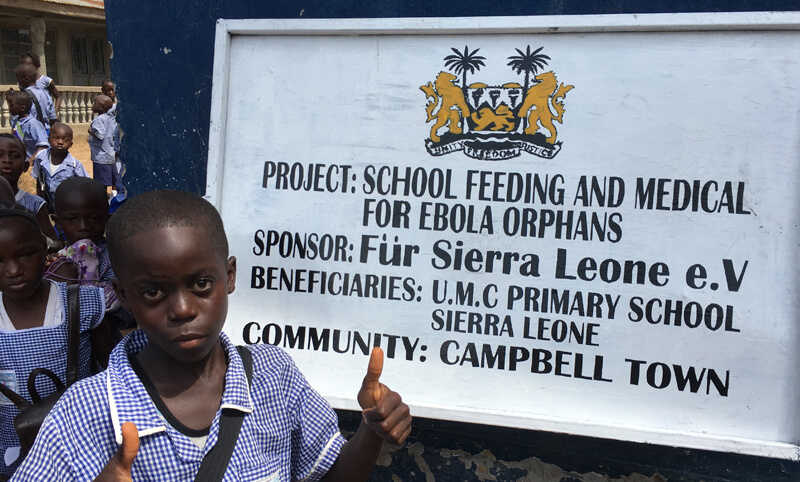 2017: Emergency aid after landslide near Freetown

In mid-August 2017, a heavy landslide triggered by heavy rainfall occurred in Sierra Leone. Some settlements near Freetown have been almost completely destroyed. More than 1,500 households with almost 6,000 people were surprised by mudslides and floods and were subsequently hit by homelessness. According to government reports, over 1,000 dead were recovered.

After the terrifying news, we immediately contacted the embassy in Berlin and Deutsche Welthungerhilfe in Sierra Leone to discuss possible emergency measures. Thanks to the financial commitment of our members and supporters, we were able to react quickly and take action with the implementation of an emergency aid concept: Our project manager Joseph Cole started distributing water, food, and hygiene items in three emergency camps in early September. During the first campaign, around 150 registered women were able to provide their families with the distributed goods. The action was repeated at regular intervals until there were major relief measures by state actors.